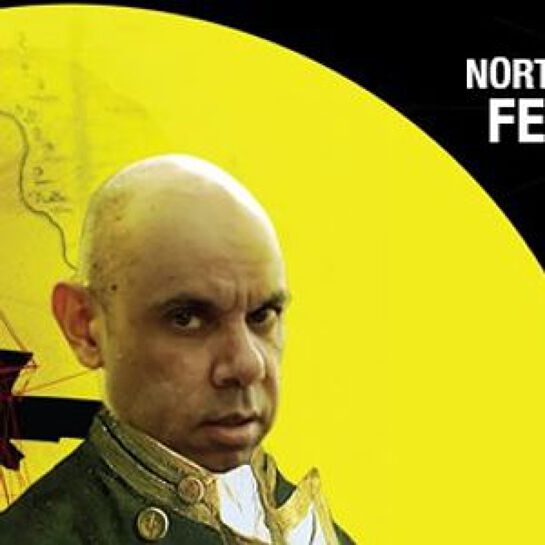 Tickets include a welcome drink and entertainment.

that snag, Foldback are dishing up a sizzling assortment of Territory music served in a slice of the best in Top End comedy. It's live, it's local and there’s no shortage of chilli sauce!

A fresh, funny and provocative look at the Cook legend from a First Nations' perspective. We debunk the myth Cook “discovered” Australia. Looky Looky Here Comes Cooky features a specially created songline that travels across the country. The film creates a songline for 21st century Australia - of spirituality, connection to country, resistance and survival.

Six diverse and distinctive new commissions in Indigenous Language and English come together to create a new songline – one of cultural resistance and survival.

The weaver of the story is outstanding poet and performer – Steven Oliver. He connects the songline as he travels the land interrogating Cook’s legacy, and revealing Indigenous perspectives of the mysterious Cooky. His question- in the year 2020, does Australia have a blurred history of Cook?