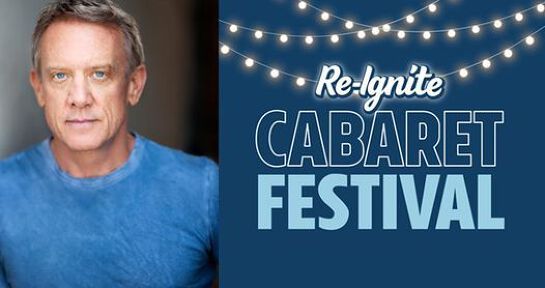 One of Australia’s most accomplished and acclaimed performers, Simon’s theatre credits include Mary Stuart, Mrs. Warren’s Profession, The Wharf Revue, Mr. Kolpert, Up for Grabs, She Stoops to Conquer (Sydney Theatre Company). Noises Off (MTC and QTC). The Misanthrope (Bell Shakespeare). The Homosexuals (Griffin and Malthouse). Clinton: The Musical (Black Swan).

He has starred in the West End London productions of The Sound of Music as Captain von Trapp, The Phantom of the Opera as Raoul, A Little Night Music as Carl Magnus (opposite Dame Judi Dench), La Cage Aux Follesas George, and in the European premiere’s of the Australian classic plays Holding the Man and When the Rain Stops Fallin.

He was thrilled to make his Broadway debut in 2009 in Australia Plays Broadway, at Carnegie Hall.

Simon’s TV career has included Devil's Playground (in which he starred and was Executive Producer), Dead Lucky, Deep Water, Rake, Hustle, Miss Fisher's M**der Mysteries, The Alice, Brides of Christ, Scales of Justice, Water Rats, South Pacific, Grass Roots and Studio A with Simon Burke. He was host and co-writer of The Helpmann Awards 2001 – 2006 and 2012. For over 25 years he was one of ABC TV’s most popular presenter on Play School). Film roles include The Devil’s Playground, Passion, Pitch Black, Travelling Light, Super Awesome.

Simon served as President of Actors Equity Australia 2004-2014; Vice President International Federation of Actors (FIA) 2012-2016 and was made a Honorary Life Member of the MEAA in 2015.

In 2015 he was made an Officer of the Order of Australia (AO) "For distinguished service to the performing arts as an actor, singer and producer, and through senior advocacy roles for performers' rights and access to professional development and education programs”

His acclaimed solo album Something About Always is available on CD and iTunes.