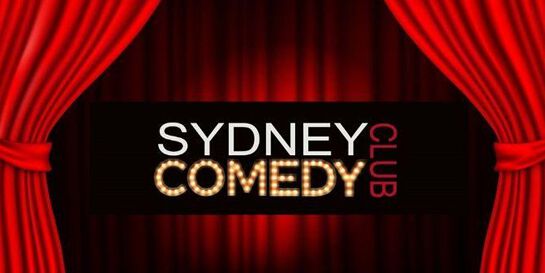 Seating is very limited so book in advance, these events will sell out fast!

Pre booking of all food is required, food will not be sold on the day.

WINE SPECIAL brought to you by

Sunday Oct 11th - Darren Sanders & Mick MeredithDarren Sanders has been performing stand-up comedy for 28 years. More recently he has been working on cruise ships in The USA, Asia, New Zealand and South Pacific entertaining nationalities from all over the world. He also opened for the legendary Temptations on their Australian tour in 2017. ‘The Darren Sanders Show’ aired nationally on free to air and cable in both Australia and New Zealand between 2012-2017 on the Nine Networks GO Channel and Foxtel.As an actor Darren has appeared in Underbelly 3 and the feature film by Working Dog ‘Any Questions for Ben’ where he has the honor of having the last line in the film and can be spotted in the film ‘Shooting Goldman’ as the Comedy Club host. He also appeared in the drama ‘A Place To Call Home’. Darren teamed up with fellow comedians Garry Who and Mick Meredith to form ‘Grumpy Old Comedians’ in recording a podcast series, 4 TV episodes and perform live shows.​Back in 2006, The Dazz and Gazz Radio Show on TV beamed out in Sydney, Melbourne, Brisbane and Adelaide. In 2009 Darren Sanders & Garry Who joined forces again to produce the program ‘Talking Comics with Dazz and Gazz’ which took out Best Comedy Program at the 2009 Antenna Awards in Melbourne. He has performed stand up comedy live on TV shows In Melbourne Tonight, Rove Live, The Russell Gilbert Show and Stand Up Australia. Darren has also been part of the panel on Studio 10 and The B-Team.

Mick Meredith is one of Australia’s most in-demand comedians for the past 20 years and one of the countries leading musical comedy acts with appearances all over Australia and internationally from PNG to Egypt.

The highlight of Micks’ career has been shows abroad for the Aussie armed forces and federal police in East Timor and Cyprus and for 25 different nationalities in The Sinai in Egypt.Mick has also produced his own albums including Man United and Mid Laugh Crisis and the live DVD 100% Mick.

Mick’s corporate shows are vastly different to the normal run of the mill after dinner comic, his dynamic performances combine laugh out loud comedy, music and a touch of humorous magic.

Since winning Australia's premier comedy competition Green Faces in 2003, Brett Nicols has become a regular headline act on both the Sydney and National comedy circuits - club and corporate. Brett has strutted his stuff on The Footy Show and The Comedy Channel’s Stand Up Australia, and has entertained Aussie and New Zealand troops in East Timor and the Solomon Islands.A finalist on NBC’s Last Comic Standing, Brett’s versatility and ad-libbing excellence see him transfer every show into a night his audience will never forget! His mix of the 'clever' and the 'rude' will appeal to the yuppie and yobbo in everyone.

Brett, along with his identical twin brother and partner in crime, Mark, is also an award-winning filmmaker and screenwriter. The twins’ short film Identical was a finalist in Tropfest 2016, while Washed Up, another short comedy, made competition’s shortlist in 2014. They were also runners up at the 2003 IF Awards, being nominated for Best Unproduced Screenplay, for their comedy feature film script Hodads.

Brett is also a fine dramatic actor. In 2014 he starred in The Comedian, a powerful 15 minute short drama directed by Brendan Donoghue, which screened at film festivals around the world, including the Melbourne Film Festival and Flickerfest, in 2015. It also won ‘Outstanding Short’ at the Short Sweet Film Fest in Cleveland, Ohio, USA.

Raised in Arizona before moving to Australia in 1992, American stand-up star Tommy Dean occupies the top echelons of Australia’s headline comedy artists.Tommy’s astute observational style and pleasantly soothing drawl consistently make him a standout winner with theatre audiences, corporate clients, festival producers, TV and radio shows alike. With pin-sharp banter, a genial manner, and vast stock of hilarious routines with broad appeal, Tommy interweaves the foibles of his adopted Australia with the dark reality of his home country. Tommy never fails to connect with and impress any audience.

Tommy’s impressive media CV includes appearances on Spicks and Specks, Good News Week, Stand Up Australia, Rove Live, Joker Poker, Sunrise, The Today Show and The Sideshow. Tommy has lived in Sydney long enough to carve out a career that has him consistently booked as the go-to crowd warm-up for ‘smart’ TV shows; including the very popular Q and A, Gruen Planet, Gruen Transfer and the Prime Minister’s Australian of the Year awards ceremony.

Tommy can be heard regularly on ABC 702 radio, where he is a frequent guest on Richard Glover’s Thank God It’s Friday drive show – and an unexpected temporary move back to the US in late 2019 saw Tommy sending in a weekly ‘Letter from America’ for the show, which has proven to be a huge hit with listeners.

Sunday Oct 25th - Gretel Killeen & Sean WoodlandGretel Killeen is a best-selling author, award-wining comedy writer and host of award-winning TV. She has worked in every sector of the media and arts industries and started her career after dropping out of law studies and accidentally performing comedy while reading a serious poem.

Since then Gretel has sung as The Octopus on TV’s The Masked Singer, poisoned guests on Come Dine With Me, advocated for refugees and asylum seekers on Go Back to Where You Came From, appeared regularly as a social and political commentator on The Project and Sunrise and was the host of the smash hit Big Brother from 2001-2007.

Gretel has entertained Australian troops around the world from Afghanistan to Iraq, Egypt, The Solomon Islands and East Timor, written as a travel writer in Antarctica, Turkey and Namibia, performed as an actor on stage and screen, performed as a stand-up comic in The Adelaide Fringe Festival, Perth Comedy Festival and Sydney Fringe Festival, and produced shows for clients ranging from local pubs to the NSW Government and stages ranging from the Melbourne Workers Club to The Sydney Opera House.Sean Woodland was just another Aussie who used to play football, drink beer, and pursue fruitless careers, until he decided to turn on a new leaf and become a standup comedian. Turns out, his passion for comedy was much more than that of being a public servant. He kicked off into the comedy circuit by winning the Quest for the Best competition and the Crows Nest’s comedy competition in the same year. His horizons are not just limited to the stage. Sean is a flourishing free-lancer and author with quite a few sardonic pieces published in numerous Australian magazines and newspapers.

Sean derives humor from his experience as an un-ordinary common man. He takes potshots at the mundane nature of some jobs that he had to take up before becoming a comic.

FOOD MUST BE PRE ORDERED - OPTIONS INCLUDE: