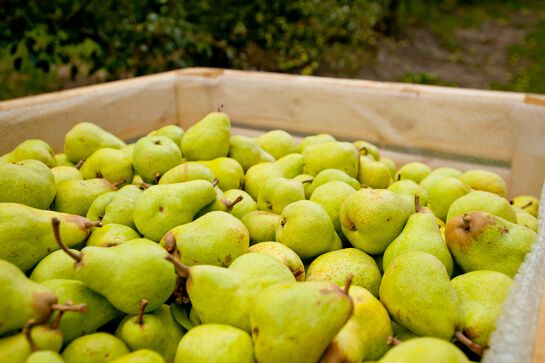 Pome Fest celebrates all things apple and pear (part of the pome fruit family) in the beautiful Adelaide Hills.
As part of the Packhouse and Orchard Tours series, go behind the scenes and learn about the innovation in apple and pear growing, packing and storage with a guided tour through a local orchard, packhouse or juice plant.
At Drury Orchards tour a family run pear packing shed and learn about pear production, storage practices and packing.
Visit a packing shed in the heart of pear growing country in Inglewood, learn about clean and green South Australian pear production, storage practices and packing and see a commercial pear grader in action, including a demonstration of the flow wrap line.
Tours last for approximately an hour, and commence at 10.00 am.
Bookings Essential
Apples and pears are commonly referred to as pome fruits. The word pome is a Middle English term meaning fruit, from Anglo-French pume, pomme apple, fruit, ultimately from Late Latin pomum. It was first used in the late 14th century to describe a fleshy fruit (such as an apple or pear) consisting of an outer thickened fleshy layer and a central core usually with five seeds enclosed in a capsule.