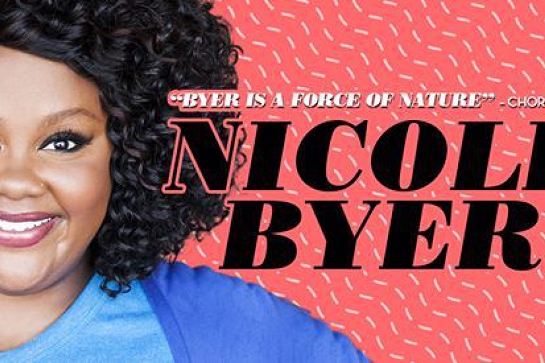 Due to recent announcements by the Australian and New Zealand Governments, Nicole Byer’s tour has been rescheduled.

Tickets for Sydney will be re-issued in the coming days, patrons unable to attend the new dates can obtain a refund from the point of purchase.

For any questions relating to your ticket purchase, please contact your original point of purchase.

We apologise for any inconvenience and appreciate your patience.

Rising into the mainstream over the past two years as the host of Netflix’s surprise smash hit baking show, “Nailed It!”, now streaming on Netflix, Nicole has been named a “female comic to look out for” by Refinery 29 was featured in Time Out LA as a “comic to watch in 2015”. Nicole also stars in a sitcom loosely based on her life, streaming on Facebook Watch, called “Loosely Exactly Nicole” and also hosts a weekly podcast called, “Why Won't You Date Me?”. She also recently starred on the short-lived Fox sketch show “Party Over Here”.