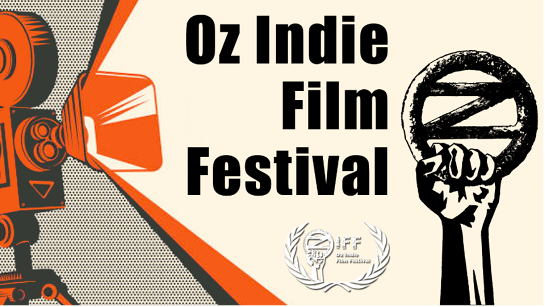 Oz Indie Film Festival celebrates the very best of independent film making. At a time when movies are becoming more and more programmed by market research, demographics and comic books and computer game sales, is has never been more important to discover and foster new brave independent filmmakers.

Films are judged on one criteria only – the quality of the work.

It's All About Exposure!
The massive exposure the Films, Documentarys or Music Videos receive for the Cast and Crew get from entering Oziff.

Whether you are chosen for screening or not you entry may be selected for U.S. TV broadcast on The Mini Movie Hour (MMH) and PrimeTime Music.

The purpose of the shows are to provide filmmakers, singers and musicians, exposure on U.S. broadcast television. These shows reach approximately 50 million households throughout the U.S. and can also be viewed on OTT platforms, Roku & Amazon FireTV!