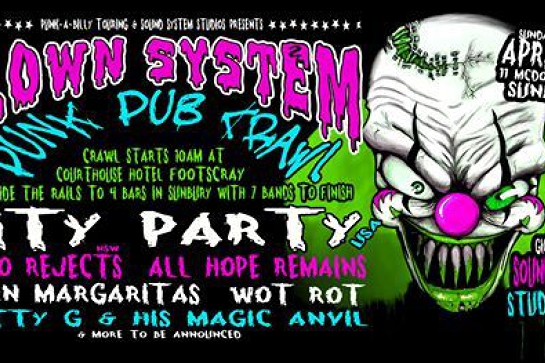 Jump aboard and ride the rails to a seven band line-up at Sound System Studios Bar in Sunbury featuring Pity Party from Oakland California.

The pub crawl kicks off at 10am at the Courthouse Hotel in Footscray, then jump the 11:30am train from Footscray Station to Sunbury and run the gauntlet through to the Olive Tree Hotel, Ball Court Hotel and Royal Hotel before finishing up at Sound System Studios Bar where seven bands will keep you charged from 3pm til late.

Matty G and his Magic Anvil

& More To Be Announced