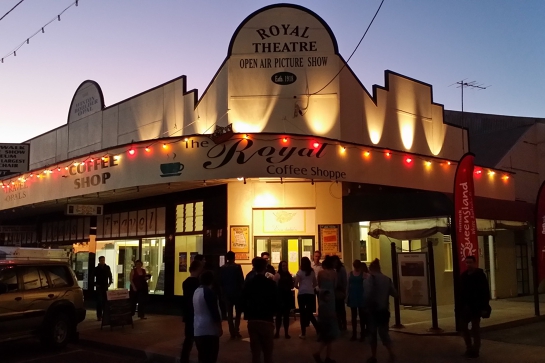 Winton is fast becoming known as the “Hollywood in the Outback” thanks to the events of Vision Splendid Outback Film Festival and having several major film productions including Nick Cave’s Proposition and Ivan Sen’s "Mystery Road" and "Goldstone" being filmed there. This iconic Australian Outback Town which is the home of Waltzing Matilda, Australia's home of the Dinosaur and the Birthplace of Qantas, and now the driving for the creation of a Regional Film Industry in Queensland.
The Vision Splendid Outback Film Festival is inspired by the Sundance Film Festival. It is an incorporated, non-profit organisation developed by the passion and drive of the Winton community and brought to you thanks to their visionary partners.
Due to current advice on public gatherings, please contact the host of this event to confirm it is proceeding as planned.